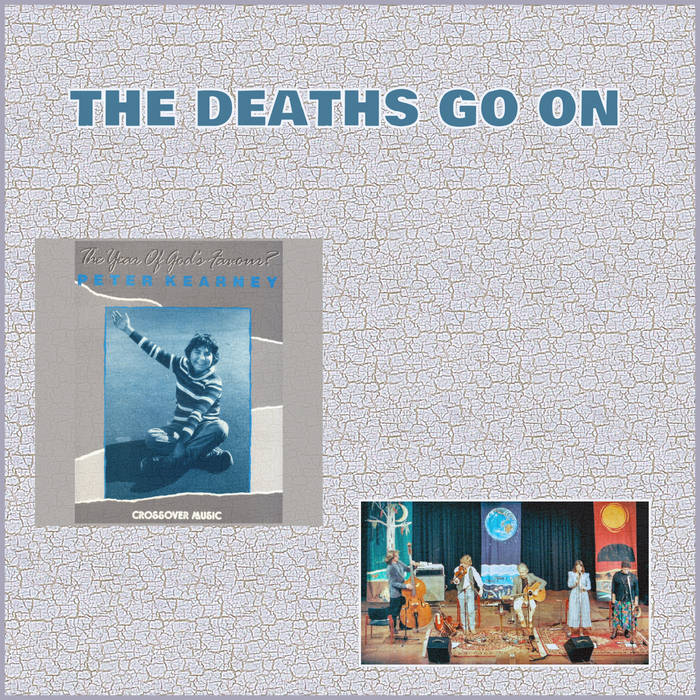 Click on the large black arrow to play.
FULL LYRICS BELOW

Sadly, this song is still topical, as we continue to hear of 'black deaths in custody' and disproportionately high rates of incarceration of Aboriginal people.

The audio here is previously unheard and unpublished. It was recorded during a concert I gave with the Crossover group at the Tom Mann Theatre in Sydney. I much prefer this version to the original studio recording included on 'The Year of God’s Favour?'. Applause has been edited out at conclusion.

'The Deaths Go On' won the Declan Affley Memorial Award for best new song at the 22nd National Folk Festival.

THE DEATHS GO ON
Eddy Murray was drinking the night into day
The police picked him up and they took him away.
Just one hour later he was dead in his cell
He took his own life - so police records tell.
And he's gone, gone, gone - he's gone from this valley of tears
And the deaths go on, the dying of two hundred years.

And how must it feel to be black in this land
When all of the power is in the white hand
And the hand can suddenly turn to a fist?
When you're no one and nothing you'll hardly be missed
When you're gone, gone, gone and even your name disappears
And the deaths go on, the dying of two hundred years.

Robert Walker was lowered and beaten in hell,
In Broome, Dixon Green `dropped dead' in his cell,
John Pat, in Roeburne, was kicked to the ground -
They cleaned up his body, then the doctor came round.
And he's gone, gone, gone and a people is living in fear
And the deaths go on, the dying of two hundred years.

The Coroner spoke from his smooth white face:
"Death by misadventure" - the usual case.
Charlie Michael was bent like a bow on the floor
Till his heart just snapped, couldn't take any more
And he's gone, gone, gone - may God wipe away all his tears
And the deaths go on, the dying of two hundred years.

Originally published in THE YEAR OF GOD'S FAVOUR? album (1988)

COPYRIGHT © 1988 Peter Kearney.
This song is registered with One License, APRA and AMCOS.
Church and school licences through 'One License'.
E: info@onelicense.net

IMAGES & ARTWORK:
The young Aboriginal woman in the cover photo for The Year of God's Favour? was Patricia (Pattie) Newman. She died tragically young, aged only 27.

The colour photo on the track image is from the Tom Mann Theatre concert where this song was recorded. The three banners in the background were designed by Dorothy Woodward.

A larger version of this photo can be seen here:
peterkearneysongs.com.au.hostbaby.com/img/Concert_Images/1991_PK_Crossover_Tom_Mann_Theatre_900px.jpg

COMMENTS:
Sadly, this song needs to be heard / played / acted upon. Thank you. (Anne)
A truly affecting, important, meaningful and presently significant song. (Cathy)
Thanks for posting this one - a powerful song. (Gordon)

Peter Kearney is an Australian songwriter and singer. His early folk-hymns 'Fill My House' & 'The Beatitudes' are internationally known. He has written many other songs of justice and peace, songs for children, and a musical-narrative on St. Francis of Assisi. His published recordings include 153 original songs.

Bandcamp Daily  your guide to the world of Bandcamp